A 40-minute film highlighting the dynamic and symbiotic nature of Mumbai’s wetlands, its ethereal beauty, ecological importance and threats it faces in the peninsular city

Mumbai, January 2020: On February 2, 1971 a small group of environmentalists signed an international agreement at the Ramsar Convention in Iran – this day came to be known as World Wetlands Day. On this occasion, EPIC Channel – India Ka Apna Infotainmentbrings a new Original – Wetlands – Miracles in Mumbaicontinuing the channel’s endeavor to focus on the country’s ecological diversity. EPIC Channel with a legacy of some exceptional innovative content has been a pioneer in curating and creating premium India-centric originals in the past couple of years, redefining the infotainment genre.

Shot entirely in 4K,Wetlands – Miracles in Mumbai will take the audience across these hidden biological gems in India’s business capital,along with underlining its strong position in coping with the alarming climate crisis.The original – a 40-minute film will be telecast at 1:00 pm, 4:00 pm & 8:30 pm to celebrate the World Wetlands Day, February 2, 2020, on EPIC Channel.

Apart from celebrating to the 58.2 million hectares of mangroves in the country that accounts for 3% of the world’s mangroves, Wetlands – Miracles in Mumbai captures the little nuances of nature’s coast guards that are invaluable carbon sinks, and miraculously countering forces against climate change. A visual treat for nature lovers, this EPIC Special deep-dives into the rich ecosystem of wetlands around Mumbai, introduces some of its unique natives and features experts who elaborate on the role, relevance, and necessity on conserving wetlands.

READ  The Times of India No. - 1 English News platform

Commenting on the launch of the film, Tasneem Lokhandwala, Head – Content & Programming, EPIC Channel, said, “Mumbai is always spoken of as the ‘maximum city’ and a ‘concrete jungle’, but few people are aware that it provides diverse habitats to hundreds of migratory birds and aquatic creatures even in congested areas like Andheri and Powai. Wetlands – Miracles in Mumbai will capture the complexity between this city and its surrounding ecosystem, with a never seen before view of Mumbai’s most valuable real-estate – it’s wetlands.”

From the majestic Flamingos that make Mumbai their winter home, to lesser known species of birds like the Bronze-Winged Jacana, White-Breasted Water hen, Sandpipers as well as the myriad aquatic fauna, Wetlands – Miracles in Mumbai follows the many living beings hidden in plain sight amidst the towering skyscrapers of Mumbai.

EPIC Channel is available across the operators Tata Sky, Airtel TV, Dish TV, Sun TV and streams live on its OTT platform EPIC On; as also on SonyLIV, and MX Player. EPIC On the smartphone app is available across iOS, Android, Apple TV, Android TV, Fire TV and MI TV.

EPIC Channel is an India-centric content driven destination that has redefined the infotainment genre by being the only native Hindi language medium in its league. EPIC Channel has recently elevated its brand proposition and now showcases a wide array of original content across various genres. It is a television channel which tells of the people, for the people, by the people of India. The channel has been bestowed with several accolades including the prestigious 12 Promax BDA Award across various categories as well as Indian Television Academy Award for the show Stories by Rabindranath Tagore.www.epicchannel.com 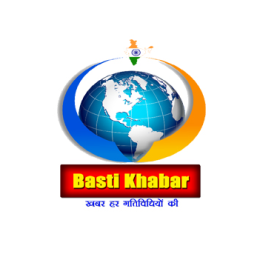